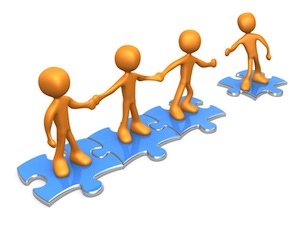 Folks at the church came up with the lovely idea to have a Christmas Meal on Friday 14th for folks effected by the flood. Its not gonna be a Church affair or a CCC affair. There will be no politicians, council officers or the ilk. Just a nice bit of grub, a convivial atmosphere, and some entertainment.

The Church through donations etc are paying for the grub.The folks will need bring nothing but themselves. The Community Council is mucking in and trying to get invites to the appropriate folk. Like drawing teeth we have extracted, from PKC, a list of the properties effected with contact details.Its not complete but we’re working on it and we can’t distribute this for Data Protection reasons but we could do with a hand delivering the invites if we can get a wee system running. The suggestion is for any helpers to:

It will also be an opportunity to see if the Community can better keep contact with folks that might appreciate or need help as things move forward. We can keep a better watching brief over the vulnerable.

Also ideal if you don’t all appear bang on 11.30 as our administration help desk might implode and we’d hate to mess  Gordon’s carpet.

Also only admin staff get tea & biscuits. Street walkers can bring their own thermos & bun if so inclined. We cannot have Mr M’s turning into a cafe as we have By-Laws to consider along with a much depleted biscuit tin.

Ken Heiser and a platoon of ramblers are expected to muck in Saturday so the streets should be jolly with the sound of their Alpine yodelling.

Feel free to pass this to other folk you think might have a mo to muck in. If too many folk turn up we can have a street party !!!

Thanking you in anticipation

Andrew Finlayson – On behalf of the organisers.