This just in from Ann Cowan one of our PKC Councillors:

We have received confirmation that the Scottish Government will administer the Agricultural Floodbank Restoration Scheme.

Farmers who require support to restore man-made floodbanks on their farms can now apply for the scheme. It is made up of £1 million funding and will cover the standards costs of repairs, up to a cap of £20,000 per business, for farmers affected by flooding during December and early January. Applications are now being accepted until February 29th, and Farmers will have until June 30th to complete the works.

Further information about the scheme and the applications form can be found here https://www.ruralpayments.org/…/al…/floodbank-repair-scheme/

The Scottish Government recently issued a press release regarding the scheme which can be found here http://news.scotland.gov.uk/…/Flood-funding-available-2214.… 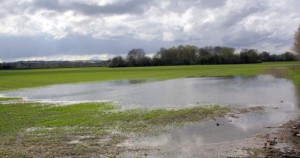