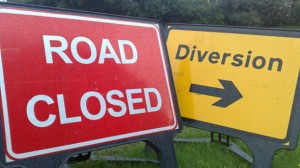 Work to replace the mini roundabout at Greenhaugh Way with a give way junction will commenced on Monday 25 February and take approx 5 days.

Due to narrow road widths the works will be carried out under full road closure. The road will be closed between 9.30am and 3.00pm each day.

Diversions:
Travelling on the A822 northbound, remain on the A9 exit on to the A822 at Auchterarder and follow until you reach the A822.

Travelling from A822 southbound, leave the A822 at its junction with the A822 and follow signs for Auchterarder. Join the A9 and head south until Dunblane. Leave the A9 at B8033 flyover and rejoin the A9 heading northbound towards Braco.