Comrie Bowling Club, which was founded in 1956, is situated in Camp Road, Comrie. Visitors are welcome to the Green whenever it is open.

Season: Mid-April to the end of September
Opening Hours: 11.00 am to dusk (weather permitting)
Our Club Fees are now £75 per annum with the cost of a locker being £5.
New members for this year will only have to pay £40 annual fee.

The Bowling Club had its first In House Competition on Sunday 8th May Congratulations to the the winners of the McInnes Triples – Malcolm Howie, Honora Sasse and Alex Killin

Sunday 6th June – The club played the McCartney Two Bowl Pairs
It was a lovely day playing in the sun shine many bowlers dressed in the clubs new colourful shirts. The winners were Ewan McIntyre and Gordon McCartney

4th September
Comrie Bowling Club held its Annual Charity Day inviting Triple Teams from other Clubs to join in our Competition, a total of 19 teams entered and after a full day the semi final was between Callander and Crieff. It’s was a very close game with Callander winning by a fine margin.
The combined entry fee and raffle came to the grand total of £941.00 which will be divided between CHAS and the CoCo Bus. We wish to thank all members that contributed to refreshments and raffle prizesClub Secretary 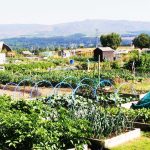