MARK YOUR DIARIES – SEPTEMBER 7TH AT THE WHITE CHURCH

Amy Papiransky is one to watch. A finalist for the BBC Radio Scotland Young Traditional Musician of the Year 2018, the North East singer/songwriter is carving her name deep in the Scottish and other music scenes. She is a regular performer on BBC Radio Scotland, has been picked up for BBC Proms in the Park and played keys for Glasvegas on Roddy Hart’s BBC Quay Sessions as a few highlights of what is becoming an increasingly packed diary of enagagments.

She is a skilled multi instrumentalist but is best known for her singing. Her voice is sweet and mellifluous but has a strength and maturity which belies her youth. She is as comfortable singing jazz and blues as she is trad and folk – and has a genuine warmth on stage which is endearing to her audiences.

This gig is part of her new album tour. ‘Read Me Write’ will be released this coming September and she is touring it accompanied by a six piece band including some of the best musicians on the Scottish trad scene. Don’t miss it! 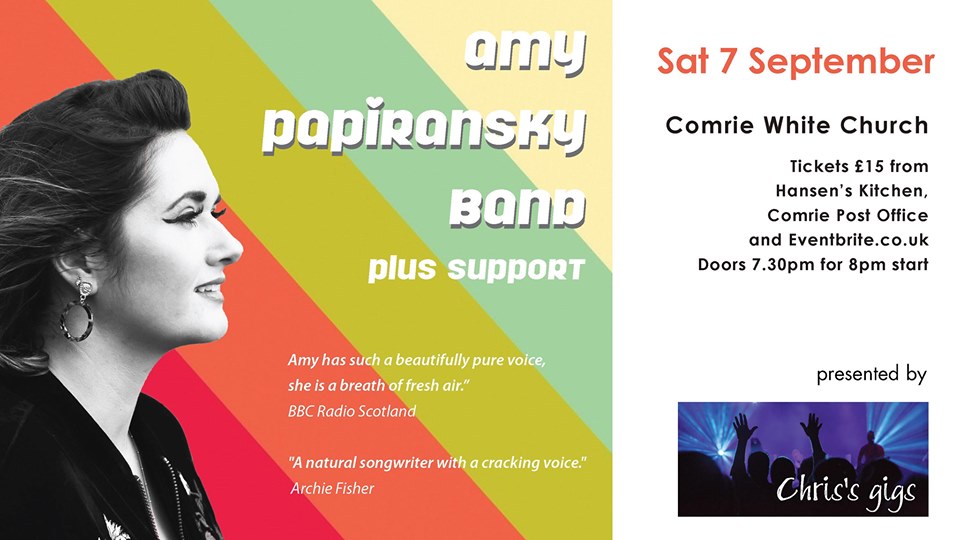