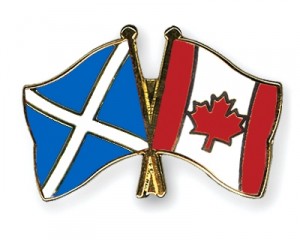 In 2013 we had a very successful student exchange between our two communities. It was decided that due to logistics involved, i.e., costs, distance involved and fund raising towards the costs that the exchange would be on a two yearly basis. The number of students is restricted to four. Normally two girls and two boys, but not cast in stone. They would be accompanied by a chaperone, whose costs would met by the committee, (travel and accommodation) > > The Carleton Place students travelling to Comrie in August and Comrie Students travelling to Carleton Place in October. These periods coincide with school holidays thus negating the need for pupils to arrange time of from school. The students are required to attend the respective schools of their hosts on at least two and a half days.

The criteria for students wishing to apply are as follows; – you must be 14 years of age and no older than sixteen years of age at the 1st of August 2015. They also have to live within the electoral district of Comrie. They can come from any of the schools that are attended by the prospective applicants, i.e. Crieff High School, Morrison’s Academy.

The cost of the trip will be shared between the students and the twinning committee on a 50/50 basis; this will be for transport costs only. Spending money will be the responsibility of the student. Accommodation for the students is provided by the student’s family, hence no accommodation costs.

Although it is only April 2014 it takes time advertising the exchange, interviewing prospective candidates and getting fund raising in place and thereafter arranging flights and itinerary’s etc. Taking the foregoing into consideration any pupil wishing to be considered for the trip should in the first instance contact either of the following persons; –