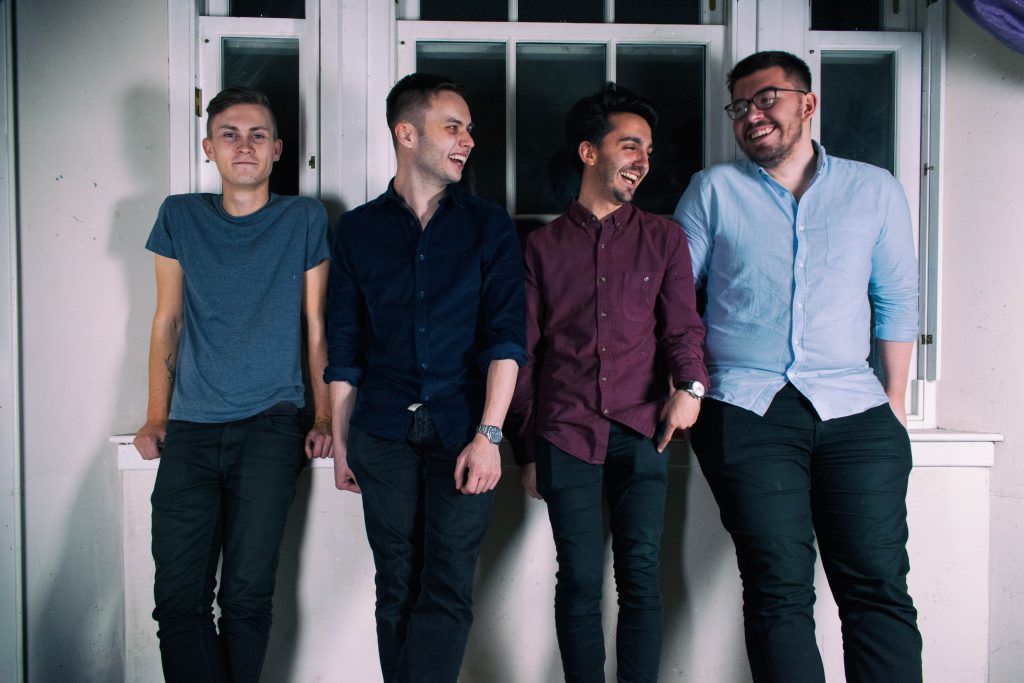 Tickets available from Hansens Kitchen (Deli) and the The Handy shop (Grocers). £10pp

Gnoss are a dynamic four-piece of fiddle, flute, guitar and percussion, that tackle energetic tune sets and driving folk song with a ‘maturity of ability many of a greater age will envy’ (Living Tradition).

As current and former students at the Royal Conservatoire of Scotland, Graham Rorie (Fiddle & Mandolin), Aidan Moodie (Guitar & Vocals), Connor Sinclair (Flute, Whistles & Backing Vocals) and Craig Baxter (Bodhran & Stomp) have been tipped as ‘ones to watch’ by Songlines magazine for their lively, engaging and honest performances.

Forming as a duo in 2015, Gnoss (Graham and Aidan) picked up a prestigious Danny Kyle Award at Celtic Connections and reached the Semi-Finals of the BBC Radio 2 Young Folk Award (2016).

Since expanding to a 4-piece, Gnoss have continued to impress at performances and festivals across the UK earning them a nomination for ‘Up and Coming Artist of the Year’ at the Scots Trad Music Awards for 2017.

Marking the launch of their new EP, “Brother Wind” with Danish and Scottish tours in spring 2018 the band look set to continue building their reputation as one of Scotland’s hottest young folk bands.

Please follow this link to hear them play:  https://www.youtube.com/watch?v=fjLr7nD1dls

Or visit their website to listen to more at http://gnossmusic.com