Comrie’s oldest citizen, Nan Doig, passed away last week at the age of 102.

Until shortly before her 102nd birthday she lived on her own in Glebe Road, and those who knew her will remember her remarkable memory that dated back to the First World War. She was recorded extensively by Margaret Bennett for a local oral history project, Perthshire Memories, to which she contributed the a huge range of information which would have been lost, were it not for Nan’s detailed description. This short excerpt, transcribed verbatim by Sandra McRitchie, shows Nan’s careful attention to detail:

“I remember crying when our Ploughman went away to the First World War… He lived in the bothy on our farm — he slept in the bothy but he got his food in the house. And he was a man of I think about forty-two. You see they were desperate for men so they called him up. It wasn’t voluntary. But did he come back, though he didn’t come back to us, to work with us … by then there was another ploughman…. Then when I was in my teens we moved near Comrie. My grandfather used to farm outside of Crieff – that was before I was born. And in 1926 we took the lease of Balmuik… the whole family went… And years later, my sister and I farmed at the Straid, in Blairinroar….. We’d cycle down to the Flambeaux every year and then home again…. and when we lived there that’s when we got electricity. We had paraffin lamps till then…”

When asked her secret of a long life, Nan said you need to keep active in body and mind. She could recite long poems from memories that stretched back to school days, could quote from the witty and the wise as if she had only just read the words. 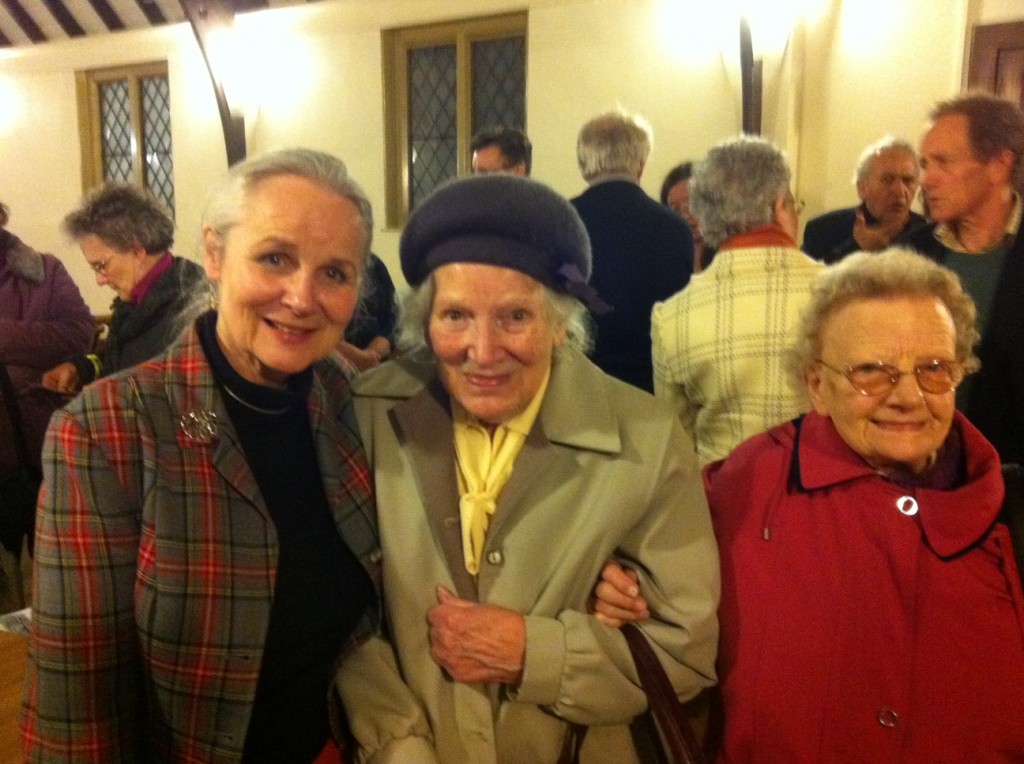 Nan’s funeral service is at Perth Crematorium on Thursday Sept. 4 at 3 p.m. Comrie has lost a gentle, kind soul; a truly remarkable woman.