Was sent this picture with the following message today from Fiona Thomas. If you can shine anymore light on any of the gentlemen in the photo below of of the three girls in the other photo, please send a message via the Contact Tab here on the website and I will pass on to Fiona: 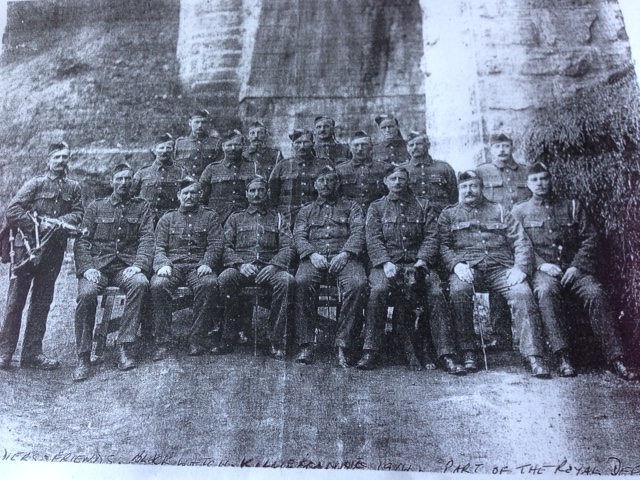 The script on the bottom was only written in pencil but we think it reads :‘Comrie soldiers and friends , Black Watch , Killiecrankie, 1914, part of Royal Defence Corps’. My Oz cousin Jill , visiting Comrie this Summer , was told by an old Comrie chap called Bill that apparently they were on Guard duty at Killiecrankie, with some being sent to France Maybe you know more ?
My Grandfather, John Woods Drummond ( aka Johnny Woods) is believed to be far right , back row . 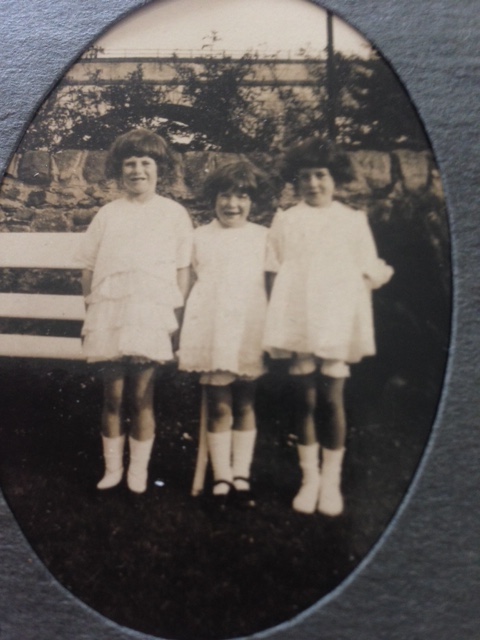 My mother, Marie Drummond ( now Moore ) was born in Comrie (Devon House , Dundas St ) in 1916 and lived there until her marriage to my father in 1943. My mother’s brother was Douglas Drummond ( Rickshaw man !). My mother’s grandfather was William Drummond, Bootmaker and coal merchant.

I have several photos of Comrie folk of old , including this sweet one of 3 girls dressed up ready for the school concert 1926 (Nora and Eva Robertson of Dundas St, and my mother Marie Drummond.