A Facebook Group, ‘Memories of the Hydro Dams and Tunnels’,  are asking if anyone would like to meet up at the Dam at 3.30pm on Sunday to remember the workers and tunnellers.(NOW CANCELLED)

The group are trying also to put pressure on SSE for a sign up at the dam to remember all the workers .

A commemorative stone is being erected along the N56 at Loughanure County Donegal Ireland to remember the tunnelers who broke the world tunneling record 60 years ago on the St Fillans section Lednock Dam Hydro Scheme.

The tunnel tigers dug and blasted 557 feet in one week . It will be officially unveiled on Sunday next October 18th at 3.30pm followed by refreshments in Casadh An TSúgáin It is hoped that all tunnel workers past and present will be able to attend.

The following is a list of men who were known to have been in the photo (at the foot of this article).   If you can add to this please contact John on jfodo67@yahoo.com. 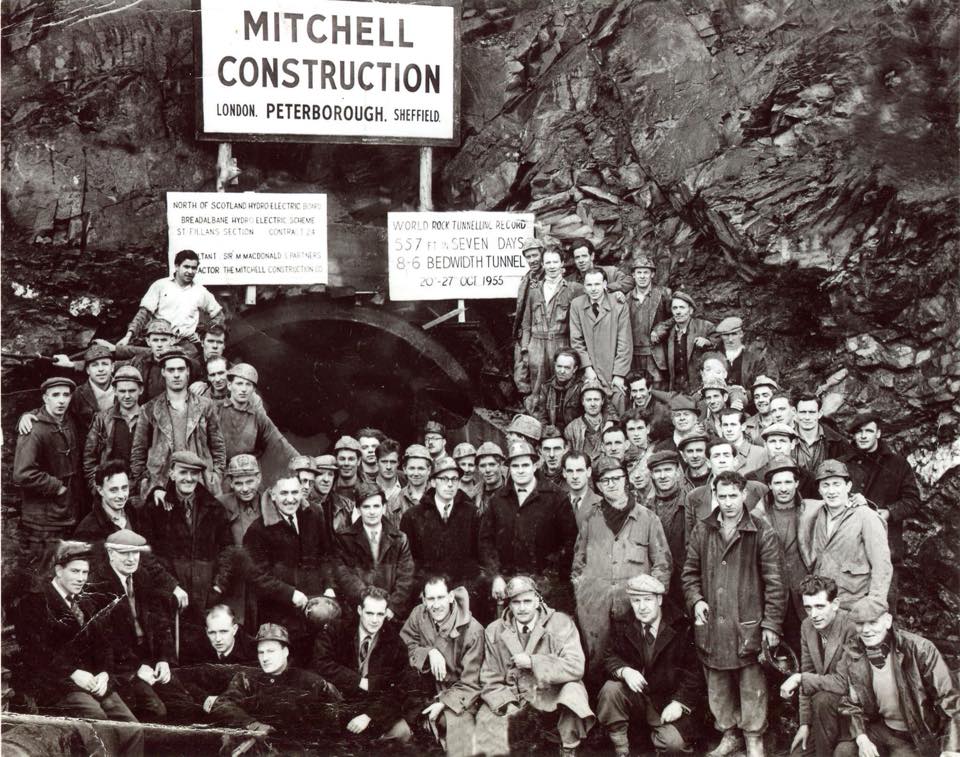