Further to the message we received from retired Park Ranger and Bridges Manager Alister Godfrey, Alister asked that we shared this link PKC’s website in which it promotes access to paths etc.

Maybe those who are good at map reading can confirm that the Circular Walk is promoted by PKC as a Core Path ?

PKC also promote a link to the Big Tree County website which promotes the Glen Lednock walk and mentions the Shaky Bridge.

This site says. ‘The Shaky Bridge in Glen Lednock is currently closed due to flood damage. This affects the Glen Lednock Circular Path and the Scottish National Trail’.

We received this email from Alistair Godfrey, who was our Countryside Ranger for a number of years. It was very good of Alistair to take interest in this, to comment and to have copied in our PKC Councillors.

Thank you Alistair your help is much appreciated

Shaky Bridge, Comrie
I was forwarded a link to a post by the Chair of Comrie Community Council concerning the condition and threatened closure of the bridge. I have a personal interest in this bridge since I worked as a countryside ranger for Perth & Kinross Council covering the Comrie area from 1989 to 2002 and managed the Council’s countryside bridges and sites from 2002 to 2013.

I visited the bridge this afternoon and saw no fundamental change to the bridge or the supporting tree since I last saw it during the period of my work with the Council. I also find the comments which the Chair of the Community Council posted, which appear to be from Perth & Kinross Council, difficult to justify and have been made out of context.

The Shaky Bridge was constructed before I started work with the Council. It replaced a bridge of the same name. At that time the Council constructed bridges by first seeking approval from the appropriate committee, which was usually part of a right of way assertion. These committee reports would likely indicate a commitment to maintain the bridges.

I found the following in relation to the condition of the bridge to-day. On the north bank two struts have been broken by floodwater. These were connected to a concrete plinth which has not been damaged. The remains of the struts are connected to the middle of the bridge deck.

The two struts which connect in the opposite direction are attached to two limbs of the large, multi-stemmed sycamore which sits on the south bank. The two struts were intact. One strut is attached to a healthy limb of the tree, the other is attached to a limb which was cut down several years ago. That limb is a stump and has severe rot and the strut attachment is loose as a result.

The bridge was designed by Allen Gordon & Co. and my understanding of the function of the struts is to reduce a sideways force from wind. These struts do not support the bridge.

The beams of the bridge are held by the tree at one end, under which timber supports have been provided. The girth and upward growth of the limbs have lifted the beams slightly and the timber parapet rails of the bridge at the tree have been pushed inwards. During my time with the Council, adjustments were made to the parapet rails and the gap between the timber support and the bottom of the beams was packed up.

I can only offer comments on what I was able to see from a visual inspection and from my knowledge of the tree and bridge over the last 26 years. From these I cannot see why any work of a fairly simple nature could not remedy any problems. In order to ascertain the condition of the bridge, a report by a structural engineer should be obtained and a report by an arboriculturist, which should be available for the structural engineer.

The Shaky Bridge is a linchpin on the Glen Lednock Circular Walk; without the bridge there will be no walk and a loss of a popular, cultural asset which has been enjoyed by local residents and visitors for many years. The Council is keen to promote these walks as can be seen here and here. The Council is also keen to promote its area for its cultural importance.
Alistair Godfrey, 3.3.2016

Hi Folks, just a quick update until we get all the notes pulled together but thank you to the residents who attended the Community Council tonight to talk about the situation with the Shaky Bridge.

PKC Councillor Rhona Brock stated that she is not happy about the way all of this has been conducted and that she has a number of questions for the Green Space people. She will get back to the Community Council as soon as she can.

I think we will need to have a special community meeting to discuss whatever the outcome of her discussions with them are and what PKC propose to do as we go forward but have promised that they will be engaging with the community. 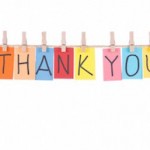 Can I take this opportunity to thank everyone for their messages of support today there have been hundreds.  It is so good to live in such a great community with people who really care and are willing to muck in – Your all wonderful ! – Sandra x

This just in from MSP Roseanna Cunningham’s office:

Please find below the text of a letter sent by Roseanna Cunningham to Bernadette Malone, Chief Executive of PKC on the subject of the Shaky Bridge. Ms Malone has already acknowledged it and said that she has asked Barbara Renton, Director (Environment), to update her on this matter and will give a full response in due course.
Best regards, Sheena Cleland
Parliamentary Researcher to Roseanna Cunningham MSP
===
Dear Bernadette,
Closure of the “Shaky Bridge” in Glen Lednock
I have been contacted by constituents who are very concerned to hear about the sudden closure of the “Shaky Bridge” by Perth & Kinross Council because of safety concerns. Like many people, I am dismayed at the prospect of this local facility being closed so suddenly.
While I appreciate that public safety must be the Council’s priority, I would hope that the community would be fully consulted before any long-term decisions are made. I am aware that the bridge is well used and will be greatly missed while it is out of action. Moreover, the aim of the Scottish Government’s National Walking Strategy is to get more people walking as part of their everyday journeys. The Shaky Bridge is an essential part of the infrastructure that enables such journeys.
Since the essential structure of the bridge itself appears to be sound, I am hopeful that it will prove possible to repair or replace it. Looking to the future, I know that there is a lot of expertise in the community about paths and a great deal of community engagement on other path and bridge projects. I therefore look forward to hearing Perth & Kinross Council’s proposals to repair or replace the bridge.
Yours sincerely,
Roseanna Cunningham MSP

Dear Miss Malone
Annabelle has asked me to express her concerns at the news that PKC are simply going to take this bridge away without any real discussion with the local residents in Comrie.
This is an integral part of the extremely popular circular walk, which is a big hit with tourists and locals alike and Annabelle would have thought that PKC would be doing all it could to seek to enhance the local tourist experience, not detract from it.
Whilst there may be issues with the timber supports and a dying tree, we understand that the bridge structure itself is fine and in a serviceable condition. What plans therefore does PKC have to install an alternative bridge or relocate the existing one?
The bridge can be closed until a solution is found, but stripping the bridge structure as early as next week is surely unacceptable.
We look forward to your response.
Yours sincerely
Dawn Chapman

This just in from PKC via the Comrie Facebook page and my initial response:

Hi all, first off can we apologise for the upset and confusion caused by the information you have read and the way in which it was shared. Having spoken to the team this morning the position is that no decision has been made on the future of the bridge yet. It has had to be closed temporarily due to the condition of the tree it crosses through and some of the timber components, following a routine inspection. The decision to temporarily shut it wasn’t taken lightly and we are well aware of the importance of the bridge to the very popular walks network in the area and will be looking at all possible alternatives and solutions to try and ensure the route can be reopened as soon as it can be. Our priority is however public safety, particularly where bridges crossing rivers is concerned. Replacements have to meet much stricter criteria nowadays and as such, tend to be very expensive so there may be a need to work in partnership with the community and interested parties to raise funds, if a replacement is ultimately needed. We will ensure the community are updated as and when it becomes clearer what the options are.

Comrie Perthshire:
Thank you for you response however it was quite plain that the decision was to close the bridge so the confusion must be within the Council. This has been badly handled but look forward to hearing how it will be resolved.

Just to make you aware I have reserved the larger downstairs hall at the White Church for tonight’s Community Council meeting which we expect to be busy following the news of the closure of the Shaky Bridge.

I have also received this message from PKC Councillor Rhona Brock:

Dear Sandra
I have been in discussions with Andy Clegg about the bridge.
I will be at tonight’s meeting and hopefully can explain more details to you.
I have requested that the Council liaise very closely with the community to resolve the situation.
Will see you tonight.
Kind regards
Rhona

She only found out about the decision last night and fully understands and appreciates the community’s anger and concerns.

I was sent this photograph of the diversion spoken about in the communication sent to our Community Ranger from one of his colleagues which is not an option to be considered – I am sure you will agree. As explained to me, this route is an extra 4.14 miles across exposed and often rough and boggy terrain, and also requires fording the Carroglen burn, which is a not an inconsiderable wade in everything but the driest of weather. 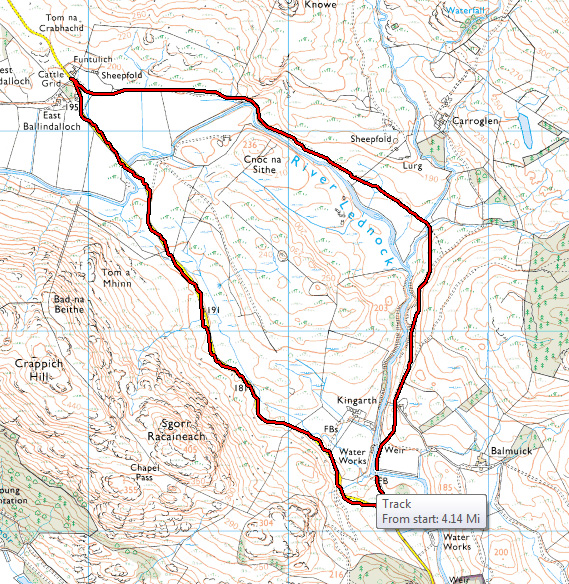 This website uses cookies to improve your experience. We'll assume you're ok with this, but you can opt-out if you wish.Accept Reject Read More
Privacy & Cookies Policy
Necessary Always Enabled
The Shaky Bridge to Close PermanentlyNews
Comrie loses one of it’s own – Johnnie CarmichaelNews