Comrie Community Council are please to announce that we have our new updated ‘Comrie Walks’ Maps available in locations around the village. The maps come with a handy plastic pocket and are in sale at £4.00 each. This gives profits to both the Community Council and the outlet.

We would like to acknowledge the help we received from local resident Felicity Martin who was instrumental in ensuring the map trails were correct and adjusted which saved hundreds of pounds – Thank you Felicity !

You can pick up your copy at the following locations: 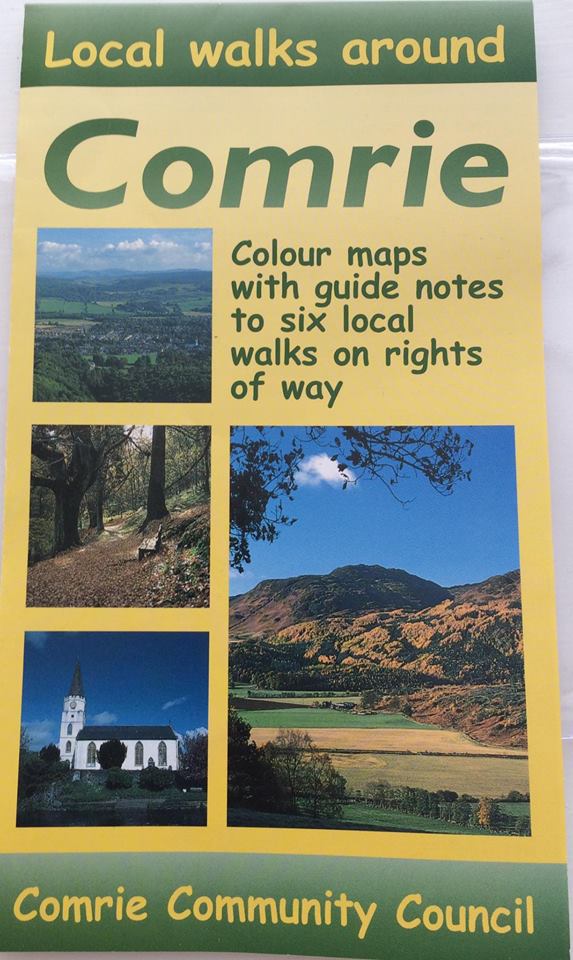 Comrie in the Distance Fair

This anthology of poems written in the main by Comrie people about the Village of Comrie and the surrounding area ranges from earliest times until today. The book spans approximately 1000 years and contains some rare old black and white photographs.

It will be seen that through the telescope of time people have always been drawn to record its natural setting, its mountains and rivers, as well as its characters and moments through verse and song. This continuity surely shows that whilst things may alter in the world beyond, some things never change.

The collection was gathered from many sources over the years, principally by the editor’s father, the late David Baird McNaughton, a native of Comrie. It is being published for the enjoyment of the people of Comrie and the wider Scottish global community, as well as others interested in the evolution of our culture and history.

In recent years it was enhanced by contributions from various people in other parts of Scotland and North America. By design, and through selection, it tells the story of the Village and its people, taking into account some of their interests, pastimes and even eccentricities.

It also clearly shows that, despite the simpler and perhaps harsher existence which country life offers, all of life’s great challenges were met and overcome, and that throughout there have always been rays of sunshine. The book is available for sale at Aiton Fine Arts in Crieff 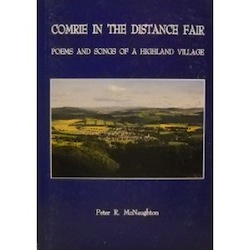 Four volumes that make up the series Experience Big Tree Country: 12 walks around Perthshire written by local resident Felicity Martin and published by Catkin Press. This series is designed to bring together the 48 best walks in the area. The easy-to-follow guides combine clear descriptions and maps with fascinating facts to reveal what makes ‘Perthshire Big Tree Country’ so special. Fact boxes about highlight the special natural and historic features that can be seen along the way, ranging from bluebell woods and thundering waterfalls to castles and wildlife reserves.