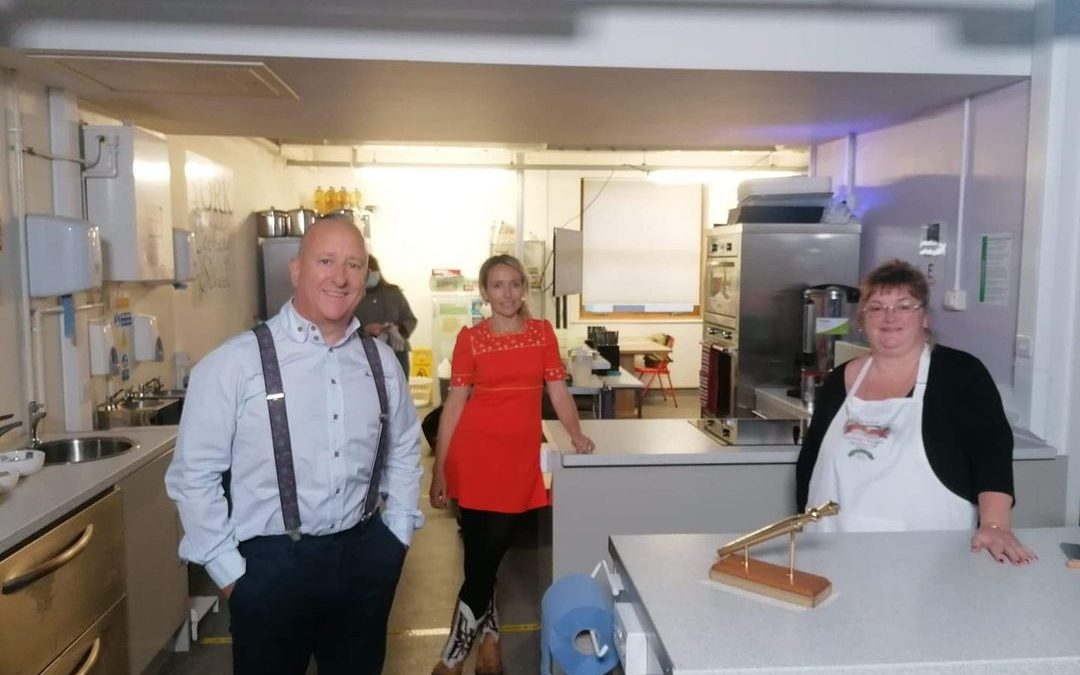 Local man Chris Young was on national television on Easter Monday evening cooking one of his speciality oat dishes for Food Unwrapped on Channel 4.

The episode, which is now available for catch-up on All Four, focused on some of Britain’s favourite food (Food Unwrapped Does Great Britain) and culminated with a Scotland versus England cook-off between 2019 World Porridge Making Champion Lisa Williams, and reigning champion Chris, who won the “Virtual Spurtle” in 2020 and has twice taken the crown in the speciality category.  However, the episode was filmed in York last September, before the winners of the 2020 virtual competition were announced.

“I was a little bit nervous before I arrived at the studio,” said Chris, “although not for the cooking as I am most comfortable doing what I know and love.” Fortunately, presenter Kate Quilton and the crew quickly put him at ease. “They are all brilliant at what they do, which automatically makes you do well,” he added.

Lisa prepared her traditional breakfast porridge recipe, while Chris cooked up an oaty twist on an Italian classic – pinhead risotto with lemon, Thyme and parmesan. Although billed as a competition, it was fairly clear that the programme makers were not going to risk picking a winner for something as nationally contentious as porridge, so duly recorded a draw.

After the show aired, Chris’s friends and family took to social media to congratulate him and ask for his recipe – some even suggesting a career switch to the TV. And who knows? His initial apprehension notwithstanding, Chris clearly enjoyed the experience, admitting: “I realised early on that this is what I should have been doing 40 years ago. Cooking in front of the camera was awesome. I would jump at this chance again.”

Chris and his wife Fiona own local firm Perthshire Oatcakes and run street food trailer The Rolling Stove, which they hope will return to being a feature of outdoor events once Covid restrictions ease.