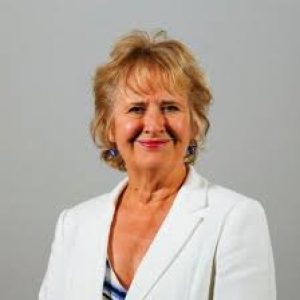 ROSEANNA ANNOUNCES DECISION TO STAND DOWN AS MSP AT NEXT ELECTION

Ms Roseanna Cunningham MSP, Member of the Scottish Parliament for the Perthshire South & Kinross-shire constituency, has informed her local Constituency Association of her intention to stand down from parliament at the 2021 election.

Speaking about her decision Roseanna said:

“It has been a massive honour to have represented my constituents in both Westminster and the Scottish Parliament for the past 25 years and to have been able to serve my country as a Cabinet Secretary in the Scottish Government.

“I have always been hugely grateful to all those who have put their faith in me. In the first instance, the local members of the SNP for selecting me as their candidate and working so hard during and between election campaigns but, above all, the voters of the constituencies I have represented through various boundary changes for voting for me and the party.

“In doing so, they made history by making Perth & Kinross the first seat that the SNP would win at a by-election and hold at the subsequent by-election, and they ensured that I became the longest-serving current Scottish parliamentarian.

“The support of one’s constituents is not only essential for political success, it is immensely humbling and I am very thankful for it.

“After a quarter of a century as an elected politician, and with another election fast approaching, I have had to do some hard thinking.  By the time of the next election I will be less than two months away from my 70th birthday and, further, by the end of that parliamentary term I would be nearly 75.  This year, of all years, has made age a rather more relevant factor than it may otherwise have been.

“I have, accordingly, taken the very difficult decision to inform my local Constituency Association that I will not be seeking nomination as an SNP candidate for the 2021 Scottish Parliament elections.”

On the establishment of the Scottish Parliament, Roseanna was elected as the MSP for Perth in 1999, re-elected to represent that constituency in 2003 and 2007, then the redrawn and renamed constituency of Perthshire South & Kinross-shire in 2011 and 2016.  With that continuous quarter of a century of representation, Roseanna is now the longest-serving, current Scottish parliamentarian.

Looking back on those 25 years, Roseanna said:

“My political journey began as a young girl in school in Western Australia when I wrote to the SNP and bemused teachers by writing an essay making the case for then SNP leader Dr Robert McIntyre to come and speak at a school assembly. Nobody then would have predicted that Scotland would be in the constitutional position it is today – or indeed that I would have played the part that I have been able to play!

“Back in 1995, there were political commentators who didn’t’t think I would be in office for 25 months, let alone 25 years but there is a lot that has changed in Scottish politics in that time that many would not have predicted.

“Since then we have successfully secured the Scottish Parliament, seen the SNP become the Government – and, after thirteen years, still getting record levels of support.

“We have had a Referendum on Scottish Independence which, although the Yes Campaign did not ultimately succeed, still saw a close result and a totally engaged and energised electorate.  Several successive opinion polls have now shown Yes in the lead and that lead growing.  Change is coming.

“There is much work still to be done to transform our country into the fair, green, just country I would like it to be – some of that work will need Independence for it to be accomplished – but there have been great advances that have benefited the country and my constituency.  I am proud to have played my part.

“Land reform – in terms of access, of ownership, and of use – has been an issue which I have pursued throughout my political career.  There has been a transformation in recent years and that is improving apace.  With the community right to buy we have empowered communities to transform themselves.

“Comrie was one of the pioneering communities in that regard with the purchase of Cultybraggan, and more recently the extension to more urban settings gave the people of Crieff the opportunity to rescue the historic Drummond Arms hotel after years of neglectful absentee owners.

“Perth, always the Fair City, is officially a city once again.

“When I was elected in 1995, Perth was still recovering from devastating flooding a couple of years earlier.  We have seen in recent weeks that unprecedented levels of rainfall can still pose a threat but there has been a huge amount of work done on flood protection in the intervening years.

“These last few months the impact of the global pandemic have been like nothing I have ever experienced but the people of this constituency and this country have responded remarkably well.

“Being the MP and then MSP for the constituencies of Perth and Kinross, Perth and Perthshire South & Kinross-shire has given me so much.  I hope that I have given something back.

“Finally, I may be stepping back from elected office next year, but I won’t be giving up politics.  As I have done almost my entire life, I will continue to fight for independence and look forward to the next referendum – which we will win!