PKC Urges Residents to “Stick to the Six” 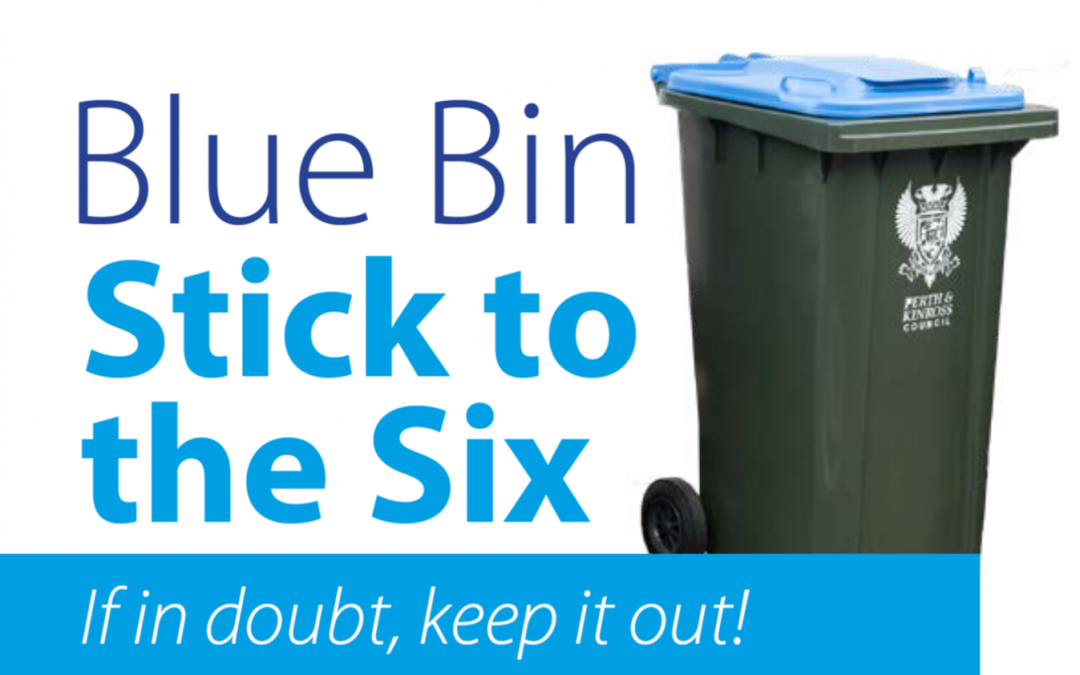 Blue bins are begin regularly “contaminated” by the wrong kinds of rubbish, and Perth & Kinross Council has launched a publicity campaign called “Stick to the Six” in a bid to raise awareness of the types of recycling that should be going into blue bins.

“Over the last year, we have seen our highest ever rates of contamination in blue bins. During some months, a third of the material collected have been the wrong items,” said PKC in a Facebook post. “We need your help to improve this.”

The post explains that blue-bin contamination “costs the Council money in processing feeds, ruins the hard work of those recycling correctly and contributes to climate change through the disposal of valuable resources.”

They urge residents to stick to putting six key types of material in their blue bins:

They finish by asking residents to rinse and flatten items before placing them loose in the bin (not bagged), with a final plea:

If in doubt, keep it out! #StickToTheSix